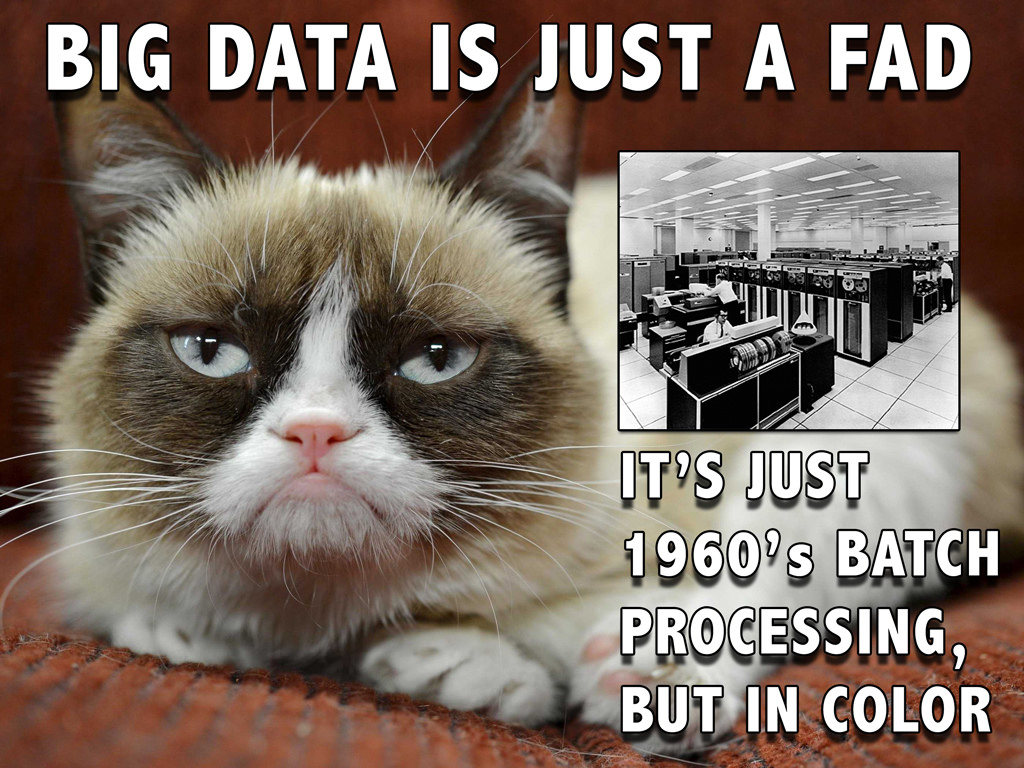 If you are not as cynical about Big Data as this grumpy cat, you’ll agree that Canada’s new leader  and Prime Minister-designate Justin Trudeau has some things strikingly similar to the data scientists. Here are the 5 things in no particular order.

What comes to your mind when you think of a teacher?

A caring, tolerant and an amiable person who persists in educating and advising the unruly kids despite their arrogance and mischievous behavior. Few of us knew that Justin Trudeau, Canada’s new leader,  and Prime Minister-designate was a school teacher for one class at Killarney Secondary School back in 2002.

Students at Killarney still remember Trudeau’s passionate communication skills in the classroom. For sure, Trudeau knew one language and that was the language of “students”. It was this student language skill using which Trudeau read from Wayson Choy’s novel The Jade Peony during the class, and the students were amazed by his teaching skills.

The similarity with Big Data scientists: Matt Reaney recently wrote in an article that appeared on KDNuggets that “There is one language in which every Data Scientist should be fluent: Business. The language of business is nearest to teaching. A data scientist has to cut through the vast piles of data, technologies, terminologies and advice, demonstrate and teach the business executives as well as to the rest of the BUMs (business-unit-managers) the significance, meaning and use of big data.

Patience and objectivity are the keys for both a teacher and a data scientist. Trudeau knew this and so does the good data scientists.

Trudeau studied engineering at the Université de Montréal.  Although, he did not complete the degree.

The similarity: Data scientists spend a lot of time performing what we call the “Engineering of Data”. Data scientists approximate, optimize and project numbers; doing so, they are essentially dealing with the engineering side of big data. Though, Trudeau didn’t get through his engineering degree, but data scientists rarely get such a liberty.

The similarity with the data scientists: Same as an environmental geographer have to study these relationships, a data scientist ought to know the complex relationships between engineering, science, operations, and science of big data.

Trudeau also served as a bungee-jumping coach. Diving from great heights and making people do so is not for the faint-hearted.

Similarity: There’s a striking similarity between a bungee jumper and a data scientist. Data scientists have to dive into the troves of data, log files, telemetry data and archives to show themselves, and to others that they really mean business. Ask the data scientists what it means to cleanse the data and they would say it is just like taking a ‘bungee jump’.

Trudeau starred in the 2006 CBC series, “The Life of Talbot Papineau,” in the title role as the Canadian general.

The similarity with a Data Scientist’s work: Dashboards and visual charts are to data science as stage and screen are to acting. Acting is the performance on stage. The performance of data scientists is in the analytics and visualizations that they use to communicate the meaning of their data analysis. No executive would let you run your Hadoop clusters if you do not communicate the meaning in a beautifully simple chart or dashboard. It is the visualization and presentation layer that business executives are interested in, same as the audience of a stage performance.

The charm of Justin Trudeau and data scientists is working alike, both are in the news and for good reasons. I would love to hear from you on data science, or Justin Trudeau.

Converting your Integration team into an Internet of Things team

Big Data Skills: The super-set of a Data Scientist’s skills