By admin 5 years ago 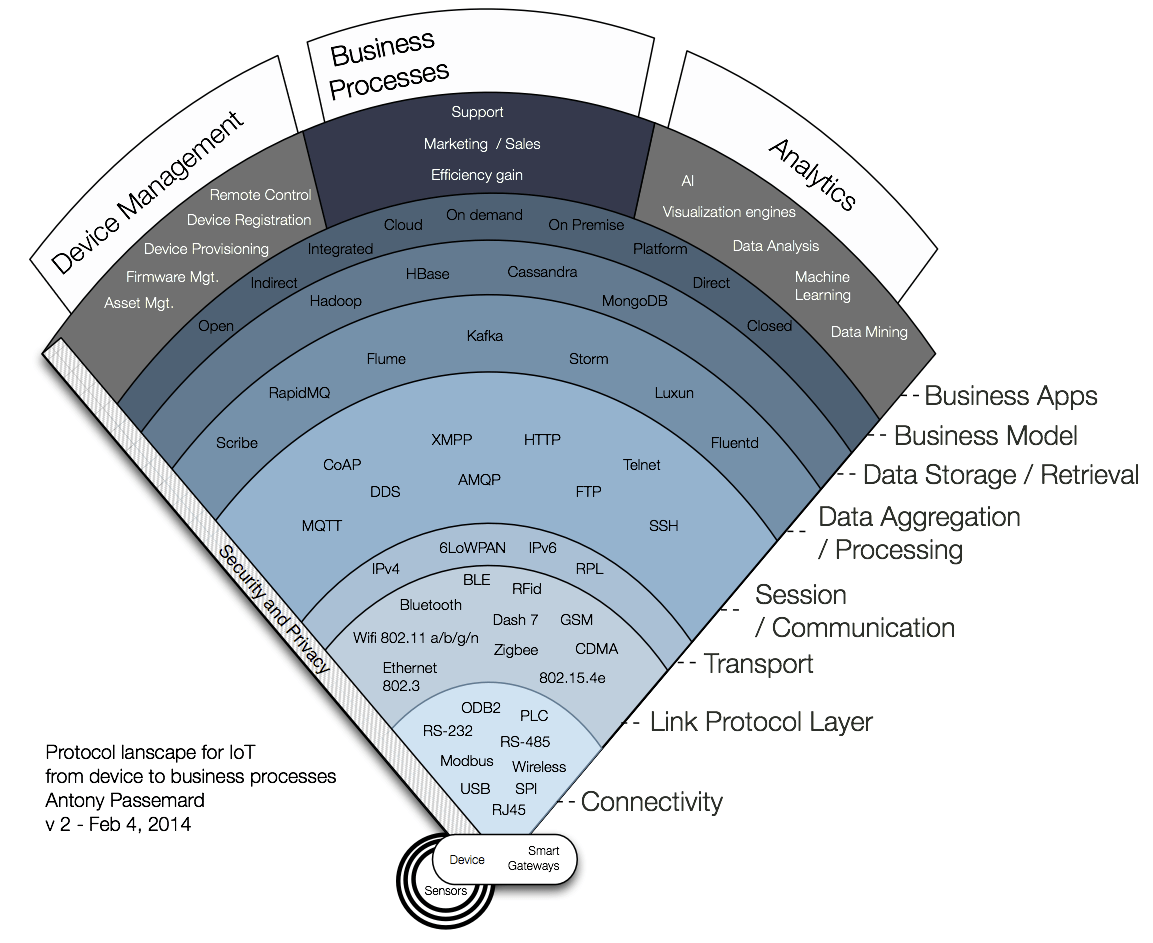 This is the second article in my series on IoT for Software developers. I trace my journey from embedded developer to Enterprise Integration Architect to IoT Consultant. IoT is many thing to many people. If you look at the diagram in my last post, that gives you a pretty good idea on how various industries are applying IoT dimensions to their specific problems. Indeed it will be these context rich applications that will drive adoption and be the fastest path to delivering value. That aside, the engineer within me is looking for the commonalities in all these implementations delve deeper on the technical front.

Like most hype the exact definition of IoT is still unclear. Everyone seems to want to ride the wave by attaching themselves somehow to the buzz. To give you some idea of what the length and breadth of IoT is now a days:

Microsoft Azure ISS is actually aiming to show up at all these levels but it is still at its infancy right now. But talk about end to end solutions, when was the last time you say a developer who could design a circuit, program a micro-controller, do big data analytics and understand BI presentation platforms! Tall order but possible. Perhaps that is where the opportunity lies.

The problem with Sales Staff compensation in consulting firms