In this blog, you will see new logic app designer support and tools in Visual Studio 2017.

If you go to Cloud Explorer and Run Logic App, You can download full templated version of it by using download Button in Visual studio. You can deploy your app directly.

There are great performance improvements in new visual Studio 2017 tools.

Now we have a new feature of the logic app is parallel creation designer. You can click plus button on designer and add a parallel action. That feature was available in code view before, now we have full support in logic app designer.

You have more action that you will do on arrays. So Select allows you to go ahead and if you have an array of objects and you have ABCD as properties of that object. You get to select A and B and you get a new array with Properties A and B then join action is that lets you take an array of strings or objects. You can use delimiter and you can join and create a string out of those entries in that array. It is very useful one of the new connectors is the computer version service which is one of the cognitive services one of the operations that describes an image give you all tags, it’s like an image has a dog, it has a building and all these things select and joins. In the case of tags, you can filter them and you can turn into a new string that you can send in an email.

What is happening in the background? How long it took time? What errors are you getting in the intermediate calls? If you go to update something in MS Dynamics and MS Dynamics is down for a sub seconds instead of you just saying, you don’t get your update, we will go and we will retry it with retry policies. Now you can actually see what actually happened behind. You can retry three times.

Service bus session allows doing a thing like correlation and sequential convoys for all your biz talk historians out there. Now you can do that in logic apps which use the sequential convoy. 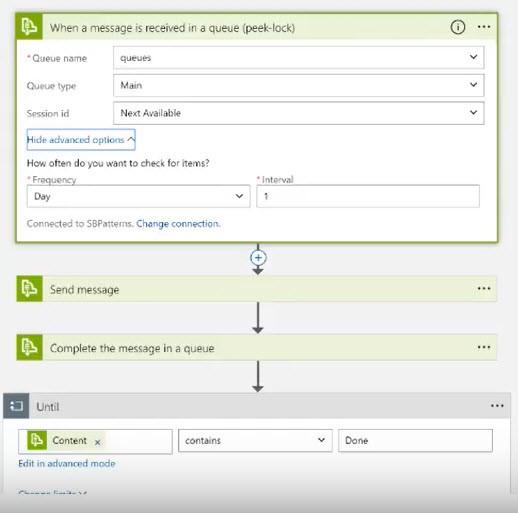 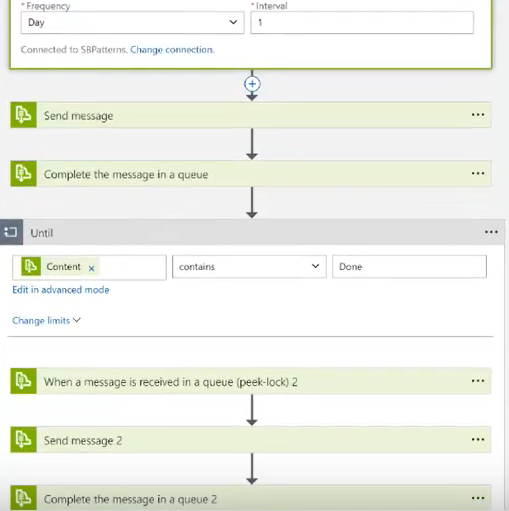 Run navigation when looking at history

When you look at your Run History Blade and when you enter one of your entries in run history, what you do? You get a compact view, you can monitor your designer and you go ahead and click on all the items that you have filtered out.

This is the ability to B2B action is able to implement your DR policies, so ability to replicate state from one region to another. 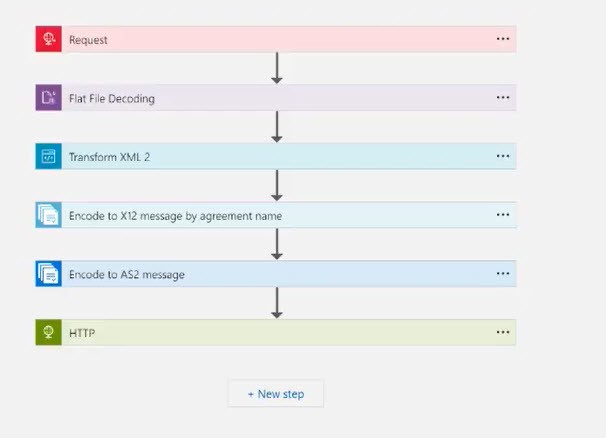 You have an options analyst, you can find what you run instances and download those and you can see all input, output messages and the payloads.

In deployment, on deployment train XMS Dynamic support for values and Schemas with your custom APIs.

You can use an action like Sequel and in one of your steps you can click a drop-down that displays all the name of yours tables that contract with the connector that you have, it’s called Dynamic values or Dynamics Schema.

Use T-rex libraries to customize your APIs.

Now Set of variables are available, you can put ant value you want as a variable and use reference of that variable anywhere in the logic app.

Now right from the management portal you go click on release node and you can see a blade of the history of all logic app releases and find what new feature have been added.

Run After Configuration in Designer

You can configure your action to determine when it will run. So usually you know if you look at code view we see run after success is the default setting but sometimes you want to have an exception handling so now you can have a run after Success branch and run after failure branch then react to the different items. Now in the blade, you hit the … in the action and you get chose the reaction that you run after the previous step. There is some styling too when the run after failed then the arrow is different. You can tell which one is catching an exception.