When dealing with existing systems, sometimes a challenge presents
itself in the form of a flat file. Trying to impose structure upon a
flat file can be achieved, however, using the Table Looping and Table
Extractor functoids. This article will demonstrate the use of these
functoids in BizTalk maps.

This article assumes some familiarity with schemas, BizTalk, and the BizTalk maps. 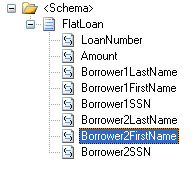 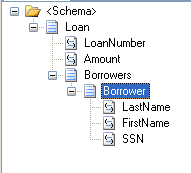 One’s first attempt at a map to transform the source to destination might look something like this: 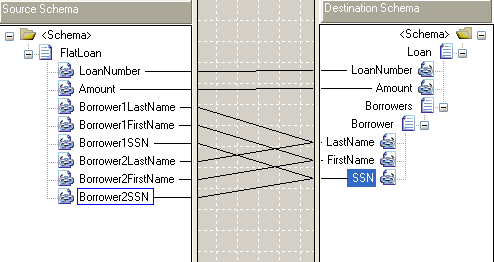 We’ll use the following input file to test the map.

The output isn’t quite what we were hoping for. Rather than creating
two borrower nodes, the two first names, last names, and SSNs are within
a single borrower node. 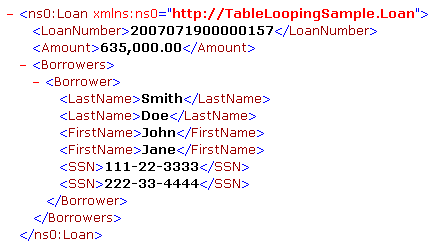 The Table Looping functoid is the key to what we’re trying to
achieve. Below is the map that uses the Table Looping and Table
Extractor functoids to create the desired output.

The Borrower fields are used as inputs into the Table Looping
functoid as well as some definitions about how many rows and columns
there will be. One tip I gleaned from Dan Shultz is to label the input
links, as they’ll be infinitely more readable within the Table Looping
inputs window. 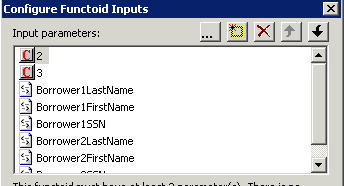 The first two arguments are akin to defining the number of rows and
the number of columns for the table, and the rest of the arguments
define the values that will be used within the table. By opening up the
Table Looping Grid, we’re able to view which fields will go into certain
columns/rows: 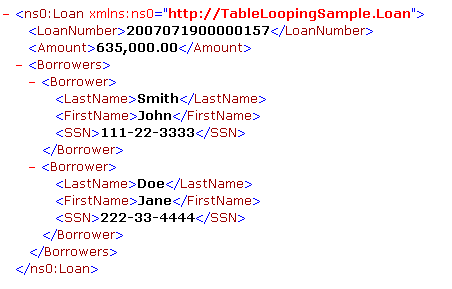