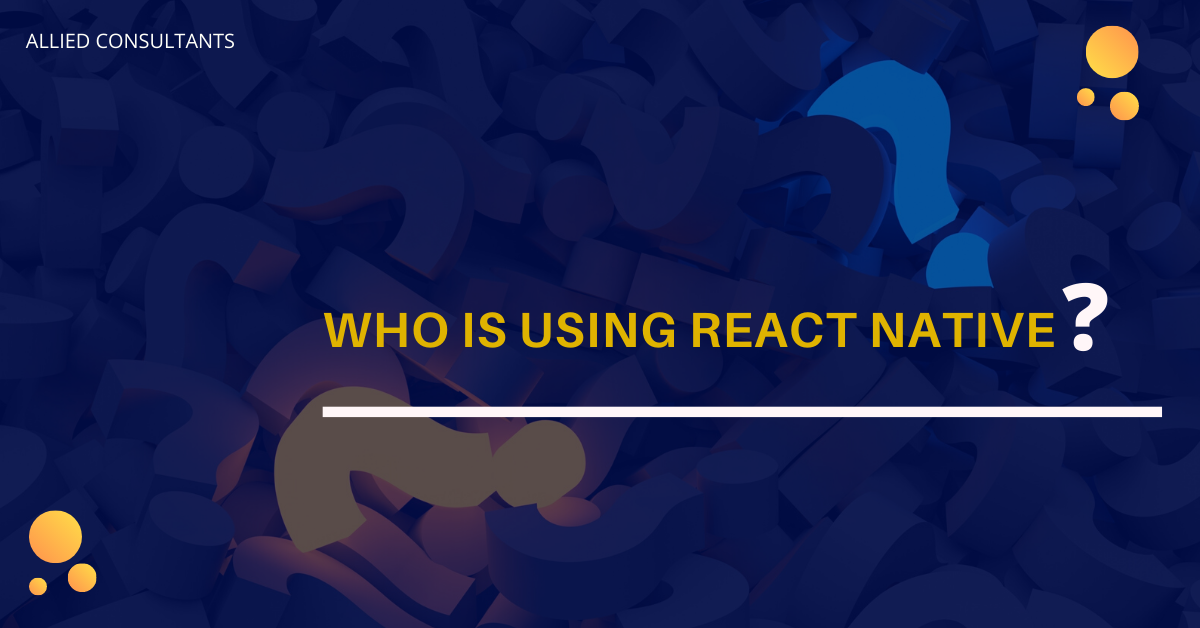 Here are some of the popular apps built using React Native that you may be using daily:

Facebook is one of the core backers of react native,  and it is impressive how they have utilized this technology for several of their mobile solutions.

Another cool app that a lot of you might be using today is Instagram. In a blog post written by Instagram engineering on why they chose React Native, they discussed how it helped to increase the developer’s velocity. They also published results of the percentage of code shared between Android and iOS, and it was impressive to see that over 90% of the code was shared between the two platforms.

Another cool app is UberEats. Uber uses React Native for its UberEats app, and this app is becoming prominent in bigger cities where people are busy and don’t want to be stuck in traffic to get their food from restaurants. UberEats chose React Native for its cross-platform features, and also it worked well with their existing native architecture.

Some other well-known apps built using React Native include Walmart, the giant shopping store; Pinterest, the favorite image collection site; Bloomberg Financial app; and many others. If you’re interested to learn more about who else is using React Native, Click Here.