By Muhammad Omer 5 years ago 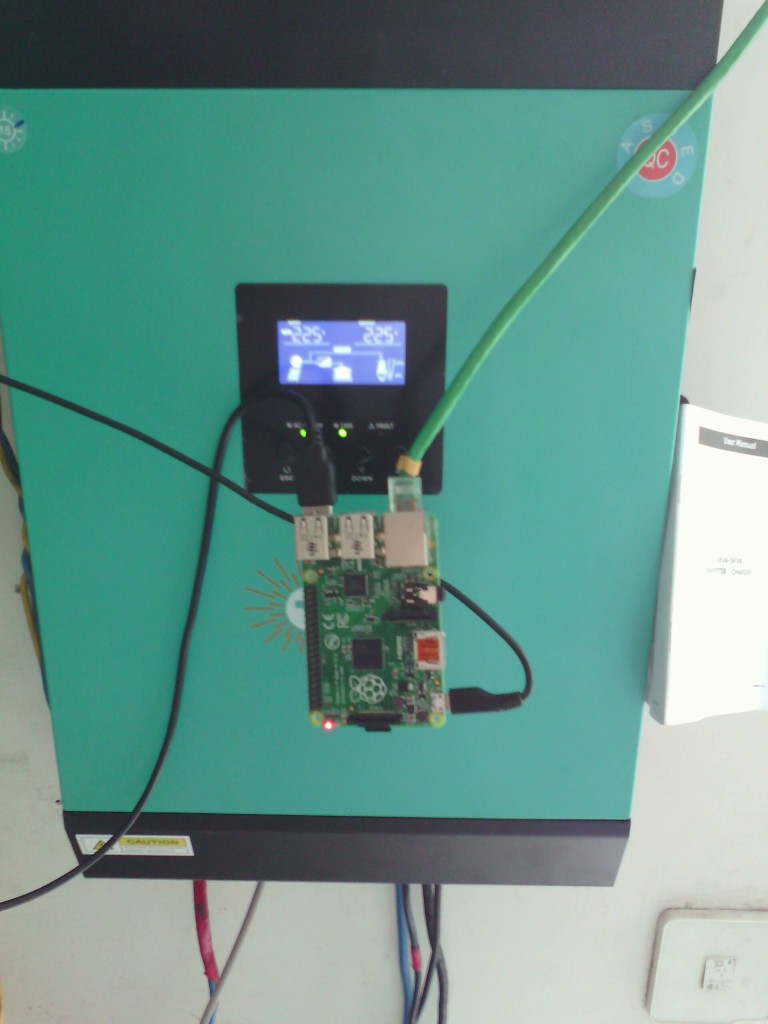 We recently did a project on the home automation side of IoT. The idea was to derive useful information related to power consumption (a big problem in our part of our world) regarding the AC premises and then take actions to

We began to approach the problem top down initially and started looking for parameters from the power setup that would enable the analysis. E.g. we were interested in solar power produced vs. the power consumed in the premises. We realized soon that this is probably a bad idea and that while its a good view to have to keep alignment, much of the data is available in devices is available as raw metrics. Ultimately pretty much everything boils down to voltage and current and protocols. We were clear that we basically needed to get current and voltage information from various points (solar panel output wires, utility lines, battery wires etc.). We had several options:

The first approach had a lot of flexibility in that it could later be moved to a more granular level (e.g. tracking a floor etc) without much change. We could just take the current clamps off and move them elsewhere however we felt the single unit approach of the later was the way to go for a reliable solution that would run reliably for long periods in harsh environments (the Solar panel boxes are pretty hot).

Given the approach, the first bit was being able to talk to the Inverter. As is classical in these scenarios, the hardware is proprietary and undocumented. Much of the integration was doing to happen through sniffing and protocol deconstruction. We ended up settings up a sniffer. Amongst much noise, we could see a clear request-response instruction set (bottom of the screenshot) that had a string containing most of the parameters the Inverter is tracking. We got all the ones we needed plus more (that we decided to upload anyways). 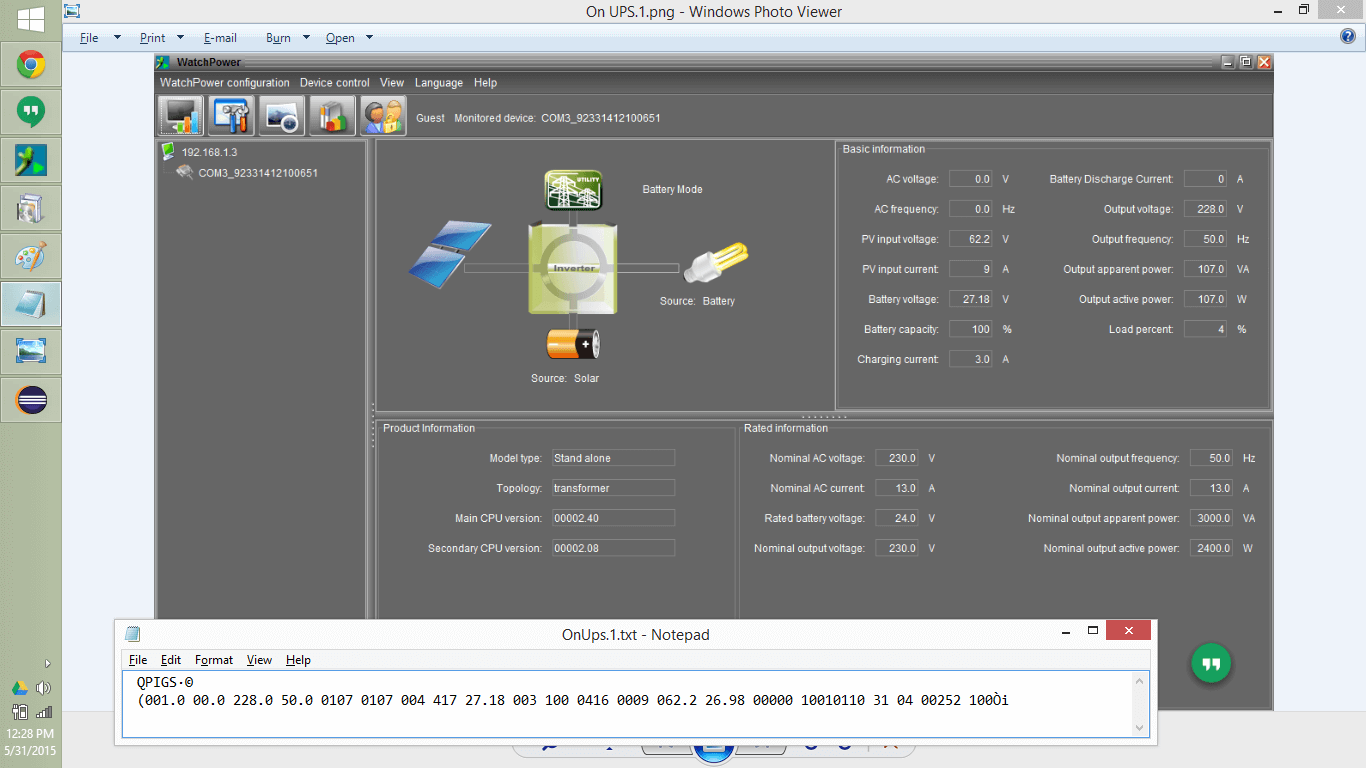 The first problem is a classic and probably where most of the focus for IoT will remain for the next decade. The Raspberry pi ships with a network adapter but the production module is to go with a USB WiFi Adapter given the difficulties of network access on rooftops. There is much to be desired in terms of Raspberry Pi’s WiFi Capabilities but if you are careful in your selection of adapter it works out nicely. Once connectivity was established between the Pi, the Inverter and the Internet Router we could set about capturing the data periodically and uploading it.

After a bit of research it seemed like the most open and quickest way to display our data was going to be via ThingSpeak.  You can use a standard Java API to post information which is exactly what we did.

The end result is the dashboard below: 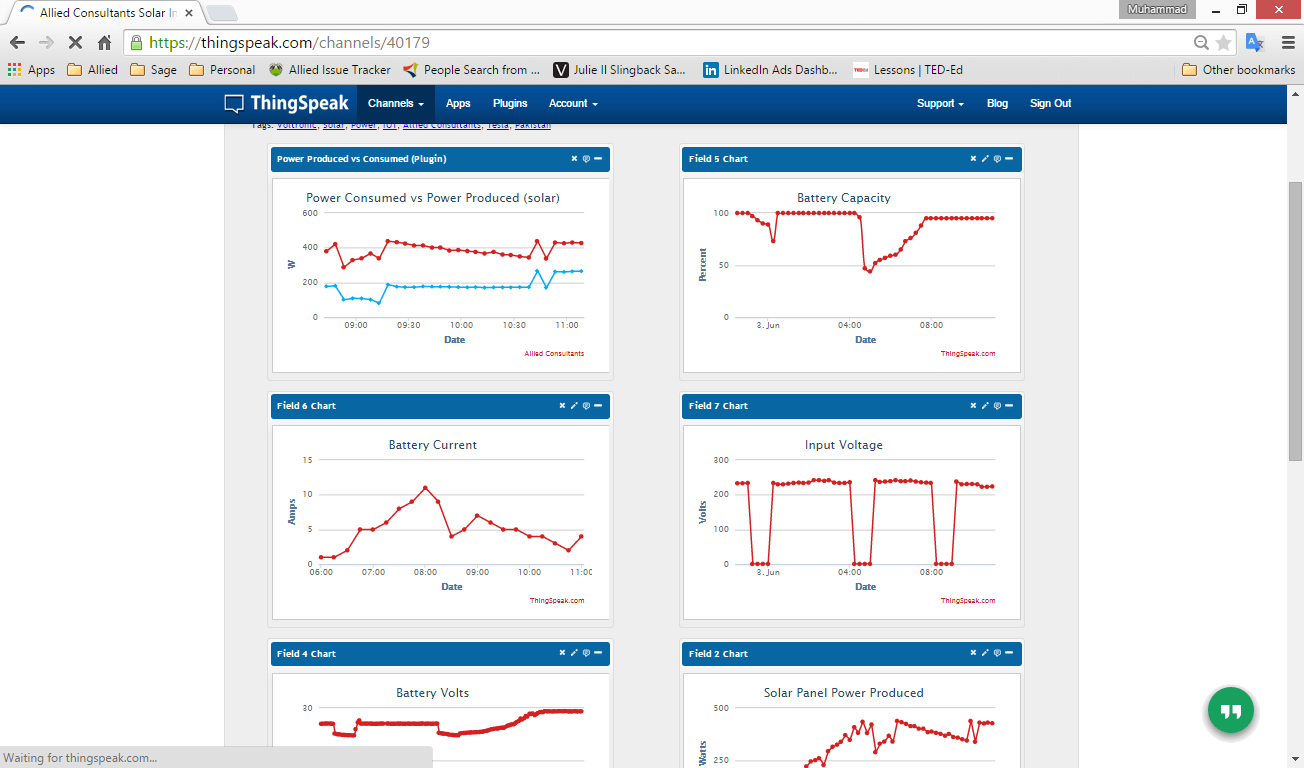 We added another interface for this at

The screenshot shows about a day’s worth of data and already several interesting patterns can be seen for e.g.:

Its just been a few days but the ideas are flooding in. Here are some: